Almost three years into COVID, and here I am infected. For over two years, I have been so careful. But on Sunday, October 2 (almost three weeks ago), I was at my brother’s unveiling. It was a rainy, chilly morning. I can’t say I was surprised when I awoke on Monday with a little cough. In the evening, I was sneezing. Again, no surprise.

On Tuesday, I met my friend Diane at “Photo Scraps,” one of our favorite scrapbook stores. They were going out of business, and we thought we’d get some good deals. We did! I have a new great granddaughter named “Maryland.” I found a wonderful, colorful page proclaiming “MARYLAND” in fancy, fun letters. Half price!

Diane and I were wearing masks as was the proprietor. No other customers entered the store while we were there, about an hour or so. When I left, I was just so happy with my many bargains.

That evening, Tammy, my manicurist called. “Leenda,” she said in her Russian accent, “I have to tell you I test positeeve for COVID!”

“I not too bad. Just a leeetle cough and blowing nose but, Leenda, you cannot come on Saturday.”

The End of Normal

Again, that evening, the little cough returned plus I had the sniffles. But oh the next morning! I was coughing, sneezing and blowing my nose big time. I took out our COVID home test kit and, sure enough, I tested positive. Of course, I called my doctor. Because it was Yom Kippur, she was not in, but I did talk with another doc who prescribed Plaxovid, a five-day medicine which she called in to the pharmacy.

I wasn’t too concerned for myself. It was mostly like a bad cold. But I worry about Stuart. He has cancer. Plus, he’ll be 82 next month. This is not good. Since I wasn’t going to leave the house, he picked up my medication. Of course, the Owings Mills Giant did not have it, so he had to go to the one in Pikesville. Not that big of a deal, but just one more annoyance. Plus, it bothered me that he had to go out of his way.

It’s not easy to quarantine yourself when you live in the same house— not even a big house. We did the best we could. Stuart put out two towels in the powder room (one for each of us). We tried not to be in the kitchen at the same time. No hugs or real kisses. We would kiss our own hands and pretend to blow them to each other before Stuart would go up to bed. If you think that helped, you’re wrong. The day after I tested negative (eight days after onset), he tested positive. Hardly shocking.

But What Is Normal?

During the first two years of the pandemic, like everyone else, I had limited all activities. Zoom classes, no going to movies or restaurants; no visiting friends or family; no birthday celebrations with my grandchildren. It was awful and a bit lonely. As things got better, I started to do more: play Mah Jongg (all of us had been vaccinated), eating in restaurants if they had outdoor seating and wearing masks in public. Still, other meetings such as writing classes and book club, stayed on Zoom.

However, this type of quarantine, the COVID type, was difficult. After testing positive, I had to cancel my Saturday lunch date with Meredith and Sydney for my granddaughter’s eighth birthday. I was unable to join my older sister to visit my little sister for her birthday which we were going to celebrate on Sunday. Marcia just picked up some flowers from both of us. I had a scrapbook convention coming up in two weeks which I was unsure I would be able to attend. Probably little chance of getting my money back.

But the worst thing was, Marcia was turning 80 on the following Sunday. My sister Ellie and I were trying to arrange a party for her. Because Ellie is so ill with Atypical, Multiple Systems Atrophy with Ataxia (AMSA/A)—a terrible fatal disease, I was doing all the leg work while she was helping me with planning since it would be at her condo.

The party was going to happen, but it was getting out of hand. My nephew Marty (Marcia’s son) called from Texas.

“Aunt Linda, I’m going to come home for Mom’s big birthday. Maybe we can have a get-together.”

“It’s so interesting that you called. Aunt Ellie and I have been talking about it. The problem is, I had COVID, and though I’m no longer positive, I still have a crappy cough. We were considering having our siblings come to Ellie’s. Geoff is going to make a cake.”

“Well, I was thinking of surprising her, but maybe it’s better to just tell her.”

“Yes, definitely! She IS 80 you know. Don’t want to give her any heart attacks!”

I don’t know what Marty’s conversation with his mom entailed but several days later, Ellie called to tell me Marcia had invited three friends and Steve, my brother-in-law was having a cat fit. He was worried about having all those people in the house while COVID is still pervasive.

“Well, I can’t have it here. Stuart has COVID, and you can’t navigate the steps to get into the house anyway. Marcia’s going to have to host her own party!”

I called Marcia to tell her the latest, and she said, “Oh dear, where will I put everyone? Plus, I have only ten chairs!” Marcia lives in North Oaks Retirement home. I suggested maybe they have a party room that she can secure.

Later she told me she was unable to get the room. “Well, I can bring some chairs if you need them. Let me know after you figure it all out.”

In the beginning, there were to be eight people, but guests kept getting added. In addition to the friends, Marcia invited her stepdaughter. I called Ellie to discuss the food. Originally, we were going to order a deli tray from Lenny’s Deli for ten people (that’s the smallest tray you can order there). Then Ellie told me Marcia invited her boyfriend.

“Oh, I forgot you weren’t here for my birthday last week. Marcia told me she has a boyfriend.” She moved to North Oaks less than five months ago, and already she has a boyfriend? I guess it’s not surprising; she’s very pretty and youthful looking.

Now we were up to 16 people, but Laura told me she and Tommy were just going to come for a little while and not eat, so 14 people. We ordered for 12, knowing they always send more than you need.

Although I no longer tested positive for COVID, Stuart still had it. My plan was to go to Marcia’s early to help her set up, wear my mask and stay long enough to greet everyone. Then just leave. However, I was feeling much better on the day of the party, just had a lingering cough. I was able to visit with everyone, take photos, be there while Marcia opened her gifts and stay long enough to help clean up. I made sure to talk with Al, the “boyfriend” (seems like a funny word to call a 90-year-old man!). Overall, it was a good time.

Just when I thought I was getting back to normal (less coughing and no other symptoms), Stuart and I decided we should test. I was finally going to have the postponed birthday lunch with Meredith and Sydney. Because Sydney wanted to eat at Fortune China, which is near me, Meredith was coming here. I thought it would be nice if after lunch, they’d come to the house so I could give Sydney her birthday gift, a huge 60-page scrapbook. I’ve been working on it since before she was born! At the same time, they could visit with Stuart.

For this reason, Stuart and I decided we should test “just to be safe.” Well, we were not safe. We both tested positive! I texted Meredith right away as I knew she was coming from Sydney’s drama class, and I didn’t want her to make the trip here. We were all so disappointed.

It wasn’t only the birthday lunch that had to be postponed, but I also had lunch plans to meet with friends from my Forest Park High School graduating class the following Monday. Of course, I could not go. There will be others, but this is the first one we’ve planned since before the pandemic. For the next few days, I was really down. I used more Kleenex for my tears than for my nose, accomplishing nothing but reading and watching mindless TV.

Here’s my real beef: If everyone who can would just get vaccinated, all of us would be well, not have to wear masks and life could return to normal. Alas, I believe this is our new normal.

6 thoughts on “COVID is No Joke” 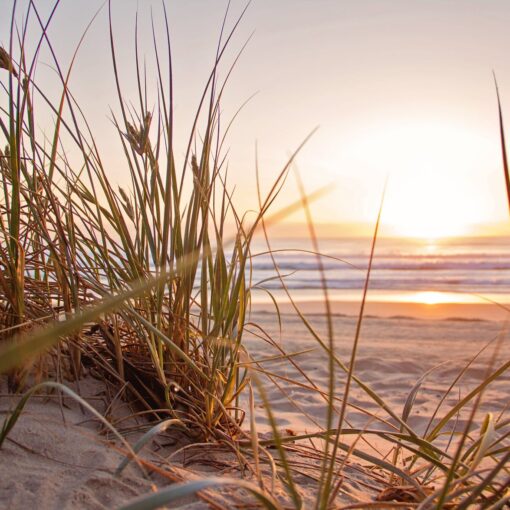 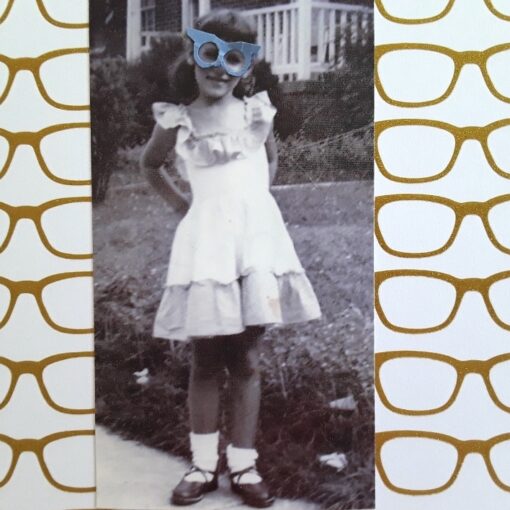 “But I copied it off the board,” I cried as my father tried to help me with my homework.  “Linda,” my father […] 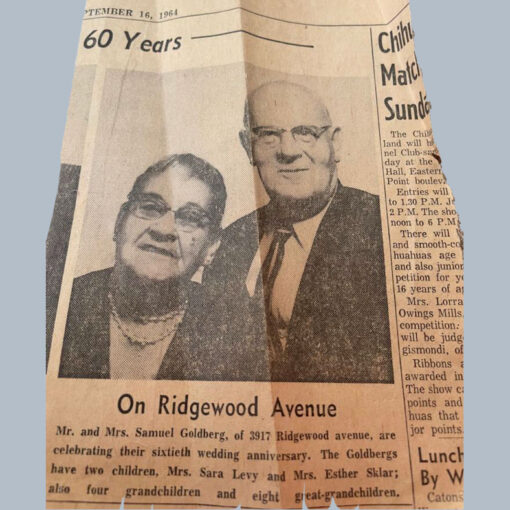 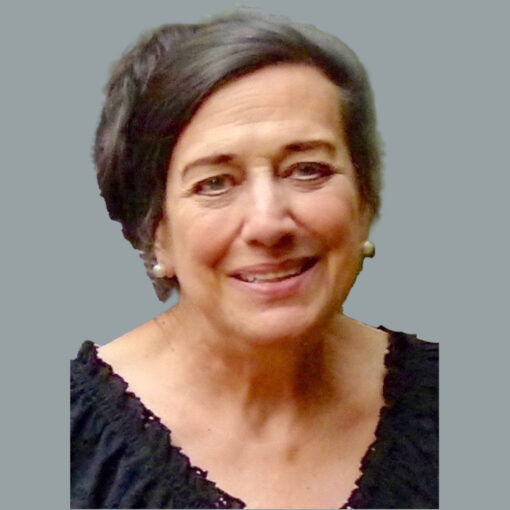 Today, I’ve lost my friend,Anita.Anita wasn’t just MY friend, but a friend to many.Margo was Anita’s lifelong friendto the inevitable end.Margo never […]