At age 42, I decided to go to college. I’d been working at Sinai Hospital for 11 years in many capacities: I started as a low level secretary, was promoted to Medical Typist, then Medical Secretary B, and finally Medical Secretary A for the chief of OB/GYN.

During this time, I’d been married and divorced twice. The first marriage was to Sig when I was young and stupid and chose the wrong guy. However, we did have two children together. The second, Ted, was a hopeless alcoholic whom I thought I could fix. I also had two relationships lasting three years that didn’t work out, so I was dating non-essential men, which was fine.

But I was at a standstill in my career. I couldn’t imagine myself continuing to cater (bow and scrape, really) to others who were progressing in their careers. I especially resented having to clean up after the interns and residents. It was annoying rushing around trying to help them and get their slides completed for a presentation they’d waited until the last damn minute to submit. Then I proofed (and often retyped) papers due to their last minute changes. And every year they seemed younger. If I’m going to wipe noses, I thought to myself, it might as well be of children, not adults.

That’s when I decided it was time to go to college. I’d wanted to attend Towson State Teachers College after high school, but I was one of five children, and college was available only to my brothers. Girls could be secretaries, you know, and then they’d get married and have children. The ideation of the 1950’s prevailed. At 18, I was still a child who did not believe (or even consider) that I had a voice or a hand in shaping my future. Ever the dutiful daughter, I did what was expected of me. I might even have been a little relieved because in my heart, I didn’t really think I was smart enough to be successful in college.

At the time of my big decision, I had a 14 ½-year-old daughter and an 18-year-old son (who several years previously had decided, much to my chagrin and heartache, to live with his father 3,000 miles away in California). I had no SAT scores, and my high school transcript was ancient. What to do?

Well, I had to start somewhere, so I enrolled in Catonsville Community College (now CCBC) and registered for English 101. I was lucky that Sinai paid the tuition, but I still had to pay the fees and buy books. It was all I could afford on my salary, especially as I’d received no child support since my divorce from my first husband 13 years earlier.

I loved college, and I was a sensation! Not only did I have excellent mechanics in writing, but I had a talent for it. My classmates, who were mostly teenagers, discovered my expertise and began to ask for help when their papers came back bleeding red while mine proclaimed A’s. I reveled in helping them. This is when I knew that I really could be a teacher.

Due to my work schedule and mothering duties (and also my older brain that no longer could retain great amounts of information in a short period of time), I took two courses per semester. I continued in this vein, earning my Associate in Arts degree.

There was one glitch. I did not pass the entrance math test and had to take remedial math, but I did it and earned a C. I had to pay for that course, since it wasn’t for credit, but that was fine. Then came the ticklish time when I had to take a real math course as part of my general university requirements.

I registered for “general math” thinking it would be arithmetic I could manage. Silly me. There were things like amortization (who knew what that was?) that required algebra! I paid very close attention in class and took copious notes, ever the diligent student. But when I tried to do my homework, it might as well have been written in Russian. I cried; I whined; I lamented aloud; I paced. And, I could not pass a single test!

“What’s wrong?” my daughter, Laura, asked one night when I was berating myself while she was trying to do her own homework.

“I just can’t do this,” I wailed, sounding exactly as I did when I was seven years old and my dad was trying to help me with arithmetic flash cards.

“Let me see,” she said. I showed her the problems I was trying to solve. She had never had amortization in school, but she read the directions, understood them and solved the problems. Then she patiently taught it to me. Instead of feeling stupid, I was actually proud that she could (and wanted to) help me. This child has obviously inherited my dad’s math skills and ability to impart her knowledge to her math-challenged mom.

But when I went to class, I couldn’t remember a thing. It seems that between home and school, my brain leaked like a spaghetti strainer. That’s when Laura said, “Mom, how about I go to class with you so I can hear the lecture? Then I can help you better.” I worried about that because it was a night class, and she had her own homework, but she really seemed to want to go that extra mile for me and, seriously, I needed the help.

The professor was very nice about her being there, even letting her take the tests, which she always aced. I generally earned 70-75%, but it was enough to pass, and I’d never have to do it again. I love my Laura. At age 15, she still had that “my mother embarrasses me” attitude, so this was pretty special.

It took four years to complete what full-time students do in two, and during that time, Laura had graduated from high school and was attending University of Delaware. Because my finances were so limited, I took on a part-time job typing medical reports on my home computer for a local rheumatologist. Between working two jobs, studying and those danged post-menopausal hot flashes, I may have gotten five minutes sleep a night.

I attended the CCC graduation ceremony because my father was dying, and I knew he would not live long enough to see me graduate with my Master’s degree. My son, Geoffrey, had returned from California, and the whole family went out to dinner after the ceremony. Also attending was my new boyfriend Stuart, whom I had unexpectedly met at a singles group the previous February.

Since Stuart was a professor at Towson University, he was able to help me as I navigated the red tape required to transfer to Towson (which was the original teachers college I’d wanted to attend all those years ago.) In addition, he knew many of the professors and had served on committees with several in the English department.

Because of him, I chose a course taught by Jan Wilkotz and appreciated her style and vast knowledge of literature so much that I asked her to be my advisor. She consented and offered counseling and guidance as I weeded my way through the maze of courses throughout my years at Towson. I also ‘adopted’ Gloria Neubert as my education advisor because of her interest in me and her infinite knowledge of teaching methods. I will always be indebted to these two professors for aiding me in achieving my goal as it was their influence that helped me become the teacher I am today.

The summer after I graduated, I started teaching at Good Shepherd Center (GSC), a residential treatment center for emotionally disturbed teenage girls. During this time I earned a Master’s degree and then my Special Ed certification.

And now, I’m living the life for which I know I was destined. It took awhile, but I believe it happened the way fate planned. I could not have been a successful teacher while I was a single mom and then married to an alcoholic husband and all the problems that amassed in those years. Perhaps having the fortitude to be strong enough to leave him was the beginning of the road to my future success. I seem to have found myself in the place I belong, my true destiny.

2 thoughts on “Finding My True Destiny” 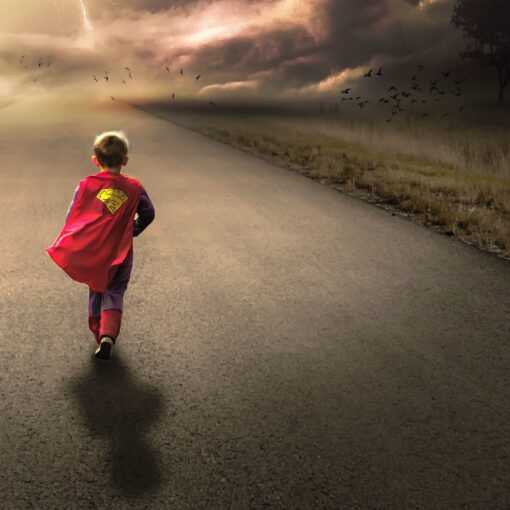 Reflections on I’ve Lost a Year with My Kids Battling Over Remote School and I’m Done by Christine Derengowski. This made me […] 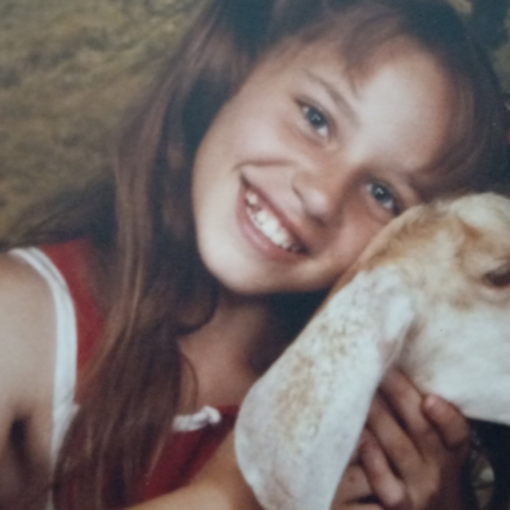