My first High Holy Day memory is from Brussels, Belgium. It is Yom Kippur sometime between 1948 and 1950. I was recently told that I was Jewish, not Catholic, and am trying to adjust to my new state. During a break in the service, a friend and I go to a small park across from the synagogue. While schmoozing, my friend, takes some candies out of her pocket and offers me one. Without thinking, we both start to enjoy the goodies. Then, with a shock we realize that we had broken our fast. We quickly spit out the candy and feel very guilty but console ourselves saying, “God will surely forgive us; we did not do this sin intentionally!”

The beautiful Westend Synagogue in Frankfurt, Germany survived both the November Pogrom and World War II relatively unscathed, and services resumed under the leadership of Rabbi Dr. I. E. Lichtigfeld. The Jewish population in Germany during these years consists mostly of Polish Holocaust survivors trying to rebuild their lives.

Weeks before the High Holy Days Jewish women start getting ready. Besides the traditional menus to be planned and cooked, it is a time to spruce up their wardrobe. New suits, dresses, hats, shoes are purchased as each wants to outdo all others with the latest fashion. It is rumored thar German women hang around the synagogue before and after services to find out the newest trends in ladies’ clothes.

I am newly married and have a new title, “the Chaplain’s wife.” Now, I am the center of attention of all Jewish US Military and State Department personnel and their wives stationed in the area. What I wear and do is scrutinized. I feel semi-comfortable in this role and perform my new “job” as well as possible.

Weeks before Rosh Hashana, our house reverberates with the Holy Day cantorial music as my husband practices the traditional tunes. He is also busy preparing his sermons. It is very rare that there is anyone knowledgeable enough to help during the services. He is the Rabbi, Cantor and Shofar blower all in one.

During Rosh Hashana and Yom Kippur, the chapel is packed with approximately 500 enlisted men, officers, diplomats and spouses. After services, I join my husband at the rear of the sanctuary to shake hands with worshipers and wish them a “Good Yom Tov.” When the last person leaves, my mouth hurts from smiling, and my hand hurts after all these handshakes. Our home also becomes a busy place as we usually host several soldiers.

We are stationed in Fort Bragg, North Carolina. Here, the assembled congregation during the High Holy Days is smaller as many army personnel receive leave to go home. There are no State Department members attending services, but some civilians from nearby small towns that do not have a rabbi, join us. At home, the preholiday routines are the same – cantorial music fills the apartment and Howard is busy writing his sermons. We also host some enlisted personnel who are unable to go home.

Howard leaves the army and is hired as rabbi in Elwood City, Pennsylvania. He is the only rabbi in this small town, so I refer to him privately as the “Head Rabbi.”

Now, I have a new title – I am “the Rabbi’s wife”. The town’s population is very small (approximately 8,000) everyone knows everybody. Our respective duties are about the same as in the army, except that now Howard reports to the president of the congregation instead of the Chief Chaplain. This means more scrutiny for him as well as for me because in those days, congregations hire two for one. I, the Rebbetzin, am considered part of the team. My role during the High Holy Days is practically the same as in the army except that there is more stress because we need to please the synagogue board members.

Howard leaves the rabbinate and is now on the faculty of the College of Jewish Studies in Pittsburgh, PA. We have no more rabbinical duties. However, Howard takes on jobs as rabbi for the High Holy Days in small communities that cannot afford a full-time spiritual leader. We travel to various states mostly in the Mid-West. Some towns offer us home hospitality if there is kosher-observant family. Sometimes we are confronted with an embarrassing situation when our six- or seven-year-old son complains at a host’s dinner table that there is no honey or apple.

Other congregations do not have any facilities for us, and we shlepp our meals and sleep on cots in the synagogue.

We move up in the world. Howard accepts the position as assistant to the director of the Central Agency for Jewish Education (CAJE). A couple of years later, the director retires and Howard is promoted to lead the agency.

For a few years, we still travel to small towns where he conducts services but soon give it up to have the leisure of staying home and become a regular member of a synagogue.

One year, however, Howard is asked to lead services at the local Barnes-Jewish Hospital. It is located in downtown St. Louis. We are put up in the Chase Park Plaza Hotel, a first-class establishment. There are now just the two of us as both children are away in school.

As the hospital is located in a rather bad neighborhood, we are escorted by a police car as we walk back and forth from the hospital and hotel. We only do this one year as Howard tapes the services which are then played for the patients as requested.

We are both retired, are now “seniors” with some health problems. We move to Baltimore to be near our family and become “regular” members of a wonderful, friendly shul who welcome us with open arms. That is until COVID hits. Our health is also to the point that walking is very difficult. So, for the last two years, we do not attend services but stay in or, if available, meet with other owners of our condominium in one of the units where a minyan becomes available.

Hopefully, the pandemic will disappear and with the help of knee surgery and physical therapy, we will be able to rejoin our congregation.

One thought on “My High Holy Day Experiences” 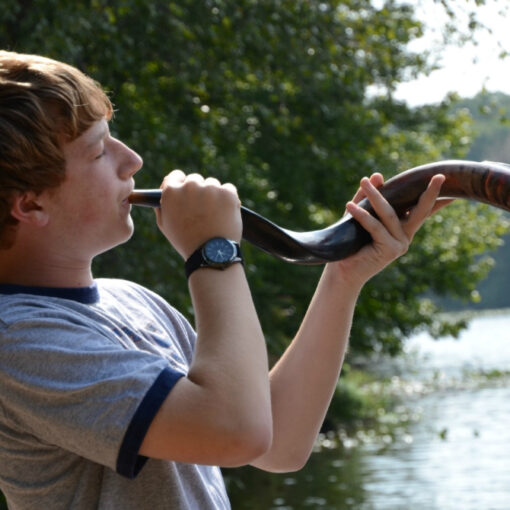 This greeting is in the Maori language of New Zealand, the down under home of Kiwis that I was fortunate enough to […] 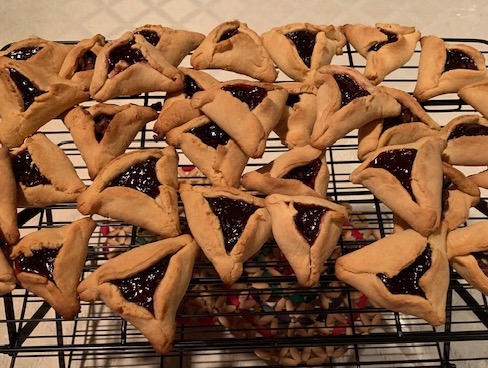 The triangular-shaped pastries eaten on the Jewish festival of Purim are called hamantaschen. According to the Book of Esther, which tells the […]